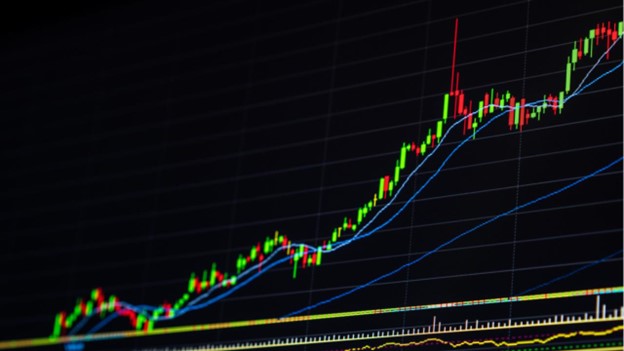 Less than a month after the successful multi-platform IDO on top launching pads like BSCPad, Polypad, GameZone, and MetaVPad, MOVEZ, the governance token of MoveZ, is up ??X on its IDO price and is massively outperforming BTC, ETH, and BNB, according to trackers on June 10, 2022.

The MOVEZ token, compliant with the BEP-20 standard of the BNB Chain, is now available for trading on OKX, ByBit, Gate.io, and MEXC – some of the world’s leading exchanges with a global presence and millions of clients.

This listing is massive for the MoveZ community. It points to its developers’ inclination to quality and dedication to carve a decent market cap with better offerings for users.

At the time of the IDO, participants used USDC and BUSD in exchange for MOVEZ. In total, there was an initial market cap of $55,000. On BSCPad, MoveZ had set a cap of 900 BUSD, and on Polypad, MoveZ had a cap of 700 USDC, where investors had the same conversion rate as BSCPad. On these two launchpads alone, over 4,750 investors took part after completing the mandatory KYC, giving them tokens at a 99% discount.

The MOVEZ IDO was concluded within seconds, a record giving investors tokens at a 99% discount. Notably, MOVEZ IDO selling out so fast means a lot of people were eagerly waiting to purchase the token at a time when confidence in the market was wavering – a testament to the project’s stability.

The excitement before, during, and after the MOVEZ IDO was expected. MoveZ plans to take on StepN, whose token, GMT, has consistently outperformed BTC and remains one of the top performers in recent months. As the name suggests, MoveZ is based on what people do every day: moving. However, the project introduces a new twist, enabling participants to sustainably make money as they do what they inevitably have to do every day.

On top of this, the platform offers more than just earning from moving. Instead, the project can be used to turbocharge fitness from cycling, gym participation, and even surfing. In fact, every form of exercise possible can be rewarded on the app – representing a step up from the competition.

For every event recorded on the MoveZ app, users earn the platform’s utility token, BURNZ, as rewards. There is no barrier to entry. Participating in the MoveZ ecosystem doesn’t require users to own NFTs. Instead, they can take part by staking their MOVEZ tokens to obtain a tier.

BlueZilla – The Secret to Success

The MoveZ project is the first of BlueZilla’s incubated startups to get a direct listing on leading cryptocurrency exchanges with massive liquidity, boasting millions of users, representing Bluezilla’s vision for the project as a global leader. BlueZilla has incubated top projects, backing one-third of the top-selling IDOs of 2021.

The surge of MOVEZ will be further turbocharged by the release of its mobile app in the coming 2 weeks, and with MOVEZ trading at record highs on the first day after listing on OKX, investors are closely watching how the token will perform in the coming weeks. BlueZilla’s track record in successfully incubating projects coupled with the planned announcement of top-tier partners will likely propel the token to new highs.