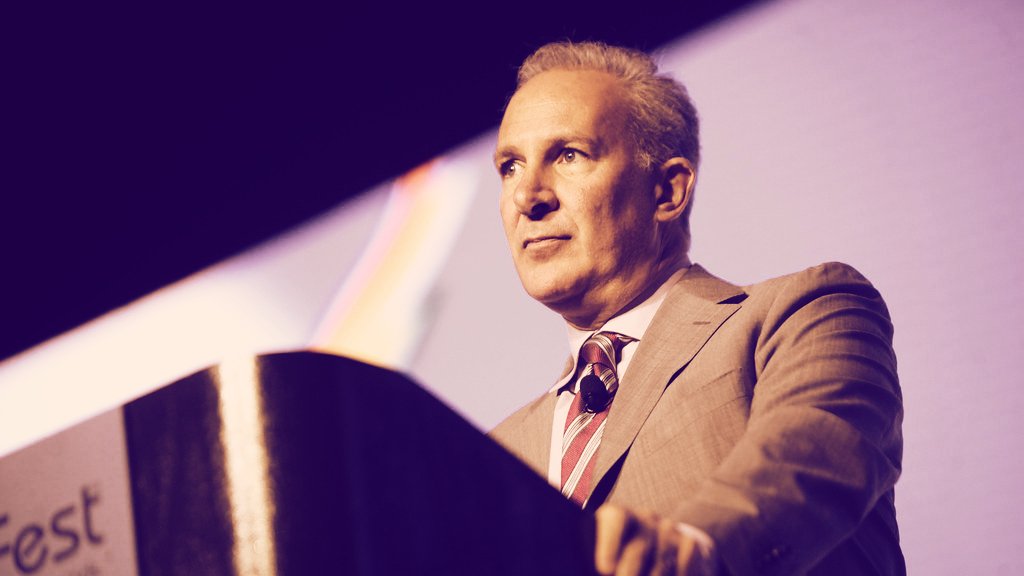 Peter Schiff is one of the most vocal bitcoin detractors known to investors. The economist has never been one to hide his disdain for the digital asset and continues to bash it at every chance he gets. This time around, Schiff who has always touted the superiority of other investment forms such as stocks above bitcoin has revealed what he thinks will cause the digital asset to rally upwards again.

As always, Peter Schiff continues to push the usefulness of other assets like stocks over that of bitcoin. In his latest tweet on Twitter, the preferred platform for the economist to share general comments about the financial platform and bitcoin, he has explained a scenario where the price of bitcoin would begin to go up.

Schiff explained that for BTC to once again begin another uptrend, it depends largely on the movements of gold and the NASDAQ. The economists put forward that an increase in the NASDAQ would inadvertently lead to an increase in the price of bitcoin. On the flip side, gold, which is currently one of the digital asset’s fiercest competitors, would need to go down, said Schiff.

Explaining further, he laid out that the Fed’s success in bringing down the growing inflation rate was pertinent to this. As long as the Fed is able to safely bring the inflation rate back down to 2% and not harm the economy in the process, then the scenario explained above was likely. For this to happen, there needs to be “minimal rate hikes and big cuts to government spending,” the tweet read.

But Why Buy BTC?

In normal Schiff fashion, the economist did not show any type of support for BTC despite believing that the price would go up along with the NASDAQ. For Schiff, in a scenario like this, there would simply be no need to buy bitcoin, stating “in that scenario why own Bitcoin?”

For #Bitcoin to go up the NASDAQ must go up and #gold must go down. For that to happen the #Fed must succeed in bringing #inflation down to 2% without harming the economy, which requires minimal rate hikes and big cuts to government spending. But in that scenario why own Bitcoin?

Schiff has never been a fan of bitcoin and despite the digital asset’s outperformance over the years, continues to diss it at every turn. In 2020, the economist is noted referring to the cryptocurrency as the “biggest” bubble he’s ever seen. In the same year also making comments that BTC was a “fad” and was on its way down to zero. However, since both of these comments were made, bitcoin has more than doubled in value.