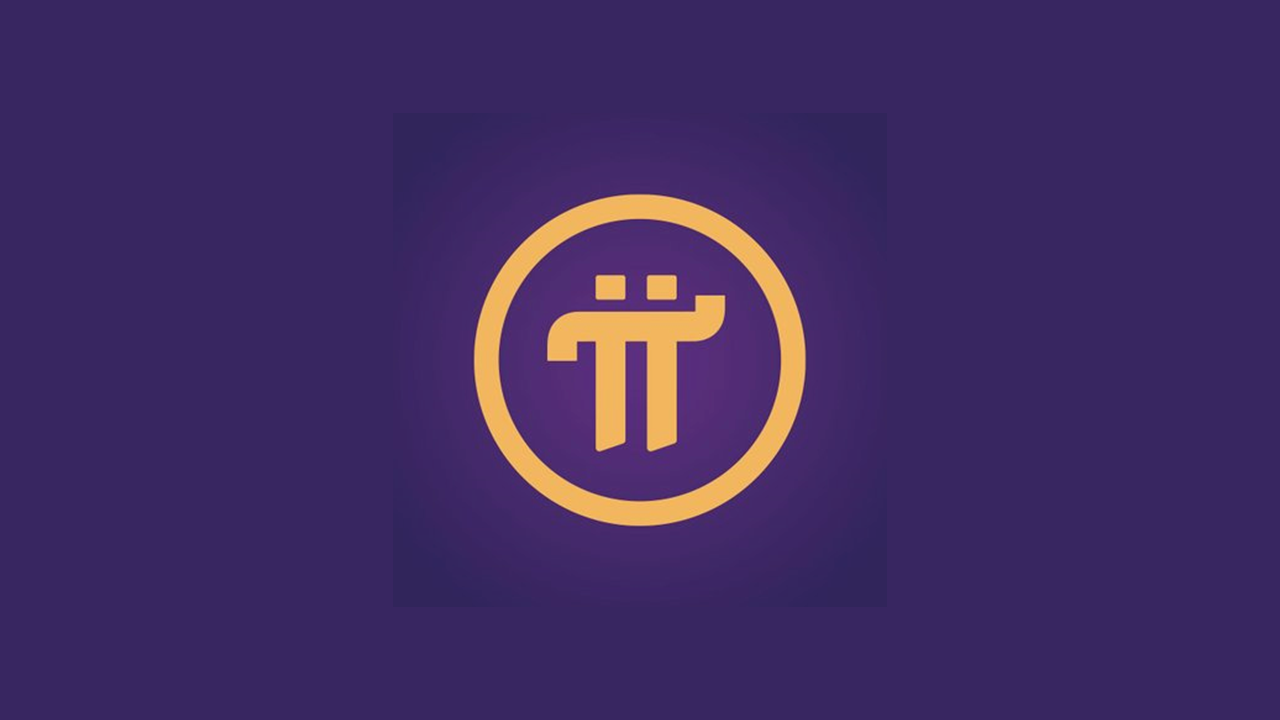 Pi Network had an amazing year of growth filled with accomplishments that fulfilled its roadmap objectives and grew the utility of the network. In the last year, Pi Network launched the Enclosed Mainnet, released three updated Whitepaper chapter drafts and advanced decentralization on the network by growing to over 10,000 active Testnet nodes. Additionally, the Pi Community grew from 15 million to over 33 million engaged users (referred to as “Pioneers” in the community).

Looking forward, Pi Network aims to accelerate the community mass KYC process, migrate its users’ balances to the Mainnet, develop an ecosystem of apps on its platform, and move to Open Mainnet.

The Enclosed Network period of Mainnet of the Pi blockchain went live on December 28, 2021. Here, a firewall prevents any unwanted external connectivity to the Mainnet. This Enclosed Mainnet period allows time for millions of Pioneers to pass KYC and the community to build utilities-based Pi apps. The Enclosed Network period also provides an opportunity for the network to test, gather data, and iterate on the Mainnet and the Pi Ecosystem before the future launch of the Open Network.

Updated Whitepaper chapters were released along with the Mainnet launch. These chapters detail the Pi Network Mainnet roadmap, new mining rewards, and token model. The chapters are in draft form and continue to be updated based on community feedback and data gathered during the Enclosed Mainnet period.

In the last year, the network grew to over 10,000 active Testnet Nodes. Additionally, there are tens of thousands of Pioneers operating the Node desktop application each day, on the waiting list to run the blockchain container. While not all Nodes run the Testnet consensus container, they all do provide the network with important data and infrastructure to enable multiple iterations of the Node software and Testnet. Once the Open Network period of Mainnet launches, such Community Nodes will be able to participate in securing the Pi Mainnet blockchain.

The network conducted its first #buildPi2gether Hackathon between June 28, 2021 and September 20, 2021 with thousands of Pioneers participating. Pioneers submitted many projects with a wide variety of use cases. A select few won rewards for their exceptional contributions.

Development of the novel Pi KYC App began and continued throughout the year. The app was built to be a decentralized scalable KYC solution that combines machine automation and crowdsourced human verification. This KYC solution optimizes for accuracy and privacy while achieving accessibility, scalability for millions of people, and wide coverage of diverse populations. The team worked on several features and versions between testing rounds such as improved obfuscation algorithms which hide a Pioneer’s data from human validators, liveness checks which verify that a real person is applying, improved processing speed to ensure timely uploading of Pioneers’ documents, and much more. With multiple testing rounds completed, Pi Network has now made the KYC app (see Pi Day Announcements below!) available on a large scale.

In 2021, Pi Network developed and released a growing ecosystem of apps and features that will support Pioneers as Mainnet further evolves.

The Pi Browser was launched in April 2021 to create a more open and direct Pi Utilities platform for Pioneers and community developers to interact with and build upon. Within the Pi Browser, Pioneers can access the Pi KYC application and other apps being created by community app developers. As the ecosystem develops more and more apps with real use cases and utility, Pioneers will be able to spend Pi on the apps of their choice.

There have been many feature enhancements and additions to the Pi Browser since its launch, such as the addition of notifications and deep linking. New features will continue to be built and rolled out over the coming year.

The Pi Wallet was announced on Pi Day 2021, offering Pioneer’s a noncustodial method to hold their Pi. At release, the Wallet allowed Pioneers to interact with the Testnet blockchain by creating Test-Pi transactions. To help the community transition to Mainnet, the Pi Wallet has been updated so that Pioneers can switch between viewing the Mainnet and Testnet blockchains and get ready to receive their Pi balance on the Mainnet.

The Brainstorm App—a place for Pioneers to propose Pi Apps ideas, join existing projects, and engage with other Pioneers to join their projects—launched just prior to Pi Day, 2021. Throughout the year, the Brainstorm App saw many updates and feature changes to host the large-scale global online hackathon and UI improvements based on community feedback. More updates to Brainstorm will be implemented in 2022, so keep an eye out for some exciting news which will be announced later this year!

The Pi SDK, which enables developers to build applications that integrate with the Pi Ecosystem, was released on Pi2Day (June 28), 2021. This gave developers the ability to communicate with the Pi Blockchain to create payments and with Pi servers to validate consented information from Pioneers. Additional features are being planned for the upcoming year which will give developers increased functionality within their applications.

The Pi Blockexplorer first launched in October 2021 to provide visibility to the Testnet. Since the Mainnet launch, Pioneers have also been able to view transactions, accounts and blocks on the Mainnet blockchain. Pioneers can check their Pi balance, the status of a transaction, and the general state of the Pi blockchain.

Pi KYC applications are being offered as they become available, allowing Pioneers around the world to submit applications on a large scale, with the number of application slots expected to ramp up steadily. Pioneers will receive an in-app alert when they receive a slot to submit their application. These slots are chosen randomly and are not being assigned in any order. We understand that all Pioneers desire to submit their application and move to Mainnet, but please be patient as slots become available to all Pioneers to avoid system clutter when processing the millions! Given that machine automation is being scaled as needed, the network KYC speed now primarily depends on how many good human validators there are in each local community to process the human verification step of the KYC solution. So join the workforce of human validators and help speed up the KYC of the network.

The Pi KYC solution combines machine automation and human verification in order to accomplish accurate and efficient KYC for everyone. Machine automation will be responsible for image processing, text extraction, fake ID detection, liveness check and image comparison. The human verification flow, where pre-approved human verifiers check the redacted data of other Pioneers’ KYC applications, has also been released on this Pi Day.

Another major announcement is that Pioneers can now receive new mining rewards that increase individual mining rates resulting from diverse types of contributions to the network such as app usage, Node operations, and Pi lockups, in addition to pre-Mainnet rewards such as security circles and referrals. Locking up Pi while ecosystem utilities and use cases develop, engaging with Pi apps on a regular basis, and hosting a large network of Nodes are all vital to both the security and decentralization of the Pi blockchain and the stability and utility of the Pi Ecosystem.

Over the next few months, Pi Network has several upcoming releases that Pioneers should be aware of.

The KYC app is self-sufficient within the ecosystem. It costs Pioneers 1 Pi to process their application. Further, fully KYC’ed Pioneers will soon be able to apply to become KYC validators for their country or region after agreeing with Service Terms of the app, going through a tutorial to train their validation skills, and being peer-vetted by trusted validators on their initial work. Since these validators’’ work is constantly cross-validated to prevent bad actors, providing consistently inaccurate verification will lead to removal from the workforce pool. Good validation work will be rewarded with Pi paid by KYC applicants.

During the Enclosed Network period, the Consensus Container for the Testnet will be opened for all Community Nodes. This will offer Pioneers who want to maintain a copy of the ledger the chance to set up and monitor the performance of a node. Doing so is important for Pioneers to verify that their nodes are able to effectively handle the parameters of the Testnet blockchain. This will help ensure that Pioneers are able to host the Pi Mainnet blockchain with their Nodes once the firewall is removed and Open Network begins.

Pi Network is ramping up its efforts to grow community app development on the Pi Browser to create real utilities and use cases within the Pi Ecosystem. This will include possible future Hackathons and other developer initiatives to help bring developers onto the Pi Developer platform. There will also be Pi apps developed by the Core Team.

After a critical mass of Pioneers pass KYC verification, the network will begin transferring the KYC-verified Pioneers’ mobile-mined balances to the Enclosed Mainnet blockchain. These Pioneers will then be able to use their Pi within the internal Pi Ecosystem. In order to qualify for Mainnet Migration, Pioneers will need to complete all the steps on the Mainnet Checklist located inside the Mainnet tab in the Pi App. This includes creating a Pi Wallet through the Pi Browser, choosing a lockup configuration, and submitting and passing a KYC application.

After mass Mainnet migration occurs and the Pi Ecosystem is sufficiently developed, Pi Network will move to the Open Network period of Mainnet, removing the firewall from the Enclosed Network period. This will allow for external connectivity, e.g., to other networks and to anyone who wants to connect to the Pi Mainnet. Removal of the firewall will allow direct access to the blockchain, and community Mainnet Pi Nodes will be able to run the  Mainnet blockchain.

Pi Network had robust growth and development during the last Pi year. There is excitement in the community about the upcoming Mainnet migration, development of the app ecosystem, and move to Open Network. Unlike other cryptocurrency networks, Pi has had vital community support from the very beginning of its journey. Pioneers helped secure and grow the network as they mined Pi on their phones and have been providing important feedback as the network evolved and iteratively improved on its technology and product. With so much to look forward to, the next Pi year is critical and calls for Pioneers to contribute even more diversely to the network in order to make it a success.