Mar 29, 2022 about, among, another, around, become, between, bitcoin, blockchain, cardano, change, community, computing, consensus, could, creates, crypto, cryptocurrency, decentralized, defi, did, domain, first, focus, focusing, four, free, gaining, gamefi, get, great, green, hands, how, investment, issues, its, javascript, king, last, launching, leading, makes, making, many, may, metaverse, miners, mining, model, more, most, name, network, new, number, off, only, open, other, out, play, player, pool, price, proof, quietly, rising, significant, so, some, space, src, staking, strong, success, take, these, token, unique, up, upgrade, users, was, web, what, when, who, why, will 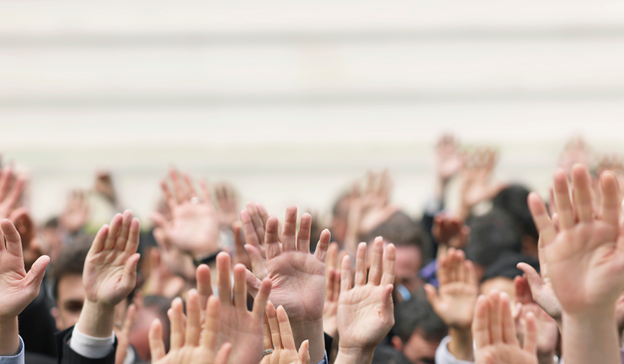 Ethereum might still be the number one blockchain for smart contracts, but dozens of competing networks have been gaining ground. Lots of these alternative chains have been quite vocal about their status as an “Ethereum killer”, while others have stayed quiet, keeping their heads down and focusing on growth rather than media attention.

One of the quiet ones to watch may well be Tezos, an open-source and eco-friendly blockchain that first went online four years ago and has, until recently, managed to stay under the radar. But it has been working hard for these last four years, building out and developing its software, quietly attracting partners and expanding its user base with a sharp focus on DeFi, green NFTs, GameFi and the metaverse.

That hard work has paid off. In the last year Tezos has emerged as one of the darlings of the DeFi space. Back in the summer of 2020 Tezos was pretty much invisible, with less than $1 million in total value locked across all of its DeFi projects. Since then, its popularity has exploded, reaching an all-time high of just over $217 million in TVL in October 2021, with more than 100 dApps running on its blockchain.

Tezos can put much of its success down to the unique consensus mechanism it employs, which is not only vastly different to the Proof-of-Work (PoW) algorithm that underpins Bitcoin but also unique compared to most other chains that are based on the alternative Proof-of-Stake mechanism.

Tezos relies on what’s called a Liquid Proof-of-Stake (LPoS) consensus mechanism that not only solves the problem of high energy consumption that afflicts Bitcoin and its PoW algorithm but is also superior to standard PoS systems in many ways.

The PoS mechanism was first detailed in a paper by the researcher Sunny King back in 2012, when the energy problems of Bitcoin’s PoW first became apparent. Rather than using high-powered computer hardware to solve mathematical problems, PoS incentivizes token holders to stake their cryptocurrency to try and validate blocks using a semi-random process. With PoS, the network essentially votes on which validators will add the next block and receive rewards for doing so.

PoS has some big advantages over PoW. The first and most important is that it’s less computationally intensive, translating to lower energy costs and a cleaner environment. The second is that it’s more decentralized. PoW networks incentivize miners to invest in expensive computing hardware, because the more powerful their operation is, the more Bitcoins they can mint. Of course, that creates a big barrier to entry, leading to mining power being concentrated in just a few hands. On the other hand, PoS doesn’t incentivize validators to pool their resources, meaning there are more of them.

These days a whole bunch of variations of the PoS mechanism have emerged, but the most widespread model is the Delegated Proof-of-Stake (DPoS) that’s employed by Cardano, Lisk, Ark, Tron, Steem and EOS, to name a few examples.

In a DPoS architecture, anyone in the network has the Right to Vote on the production of new blocks on the blockchain, but there is a fixed number of delegates. The network users determine which of those delegates will validate the next block using a democratic voting process, where users’ votes are weighted according to the number of tokens staked in crypto wallets. This process of voting for delegates is ongoing, and the network has the power to replace an ineffective or inactive delegate with a new validator if required.

This forces delegates to behave themselves because if they don’t have the backing of network stakeholders they won’t be chosen and won’t earn any rewards. The approved delegates on a network will split the production rights for new blocks among themselves evenly. Stakeholders receive a portion of the delegate’s block production earnings, in return for backing them, in proportion to the amount of tokens they staked.

Proponents of DPoS say this stake-weighted voting process ensures the network remains democratic. In addition, there’s a fairly low threshold to participate in the staking process. Another advantage of DPoS is that it can quickly achieve a consensus, meaning blocks are processed faster and more transactions can be performed per second. Even so, no system is perfect and DPoS has a number of design flaws.

One of the biggest concerns with DPoS is that it’s easy to organize an attack against the network. Because the number of delegates is limited, there is an inherent risk of the network falling victim to a 51% attack, which could occur if delegates team up to form cartels. That not only makes the network less decentralized but also less secure. Another key problem is referred to as “the rich get richer”, and has to do with the fact that voters’ strength is related to how many tokens they hold. The danger is that those who own lots of tokens – so-called “whales” – will have too great an influence over the network.

DPoS can also be at risk of user apathy. Unless a large number of users stay engaged with the network, the system will not work as it was intended.

Recognizing the issues with DPoS, Tezos set about perfecting the system and came up with a newer model, LPoS. The biggest difference between LPoS and DPoS is that delegation is entirely optional for network users. Every token holder can delegate voting rights to validators, who are known as “bakers”, with no token lock-up period. In addition, token holders get to maintain custody of their $XTZ tokens when voting for a baker, providing another incentive for them to do so.

A second big difference with Tezos’ LPoS is that it has a dynamic number of validator nodes, as opposed to the fixed number in DPoS systems. In fact, Tezos can support up to 80,000 validators compared to the 20 to 40 that most other DPoS networks allow.

What this means is that LPoS gives users a lot of flexibility with regard to how they participate in the network. Individuals who hold a large number of tokens can easily become block validators by staking their own tokens with no need for anyone’s approval. Meanwhile, those with a smaller amount of $XTZ can still take part by supporting a larger token holder, or by forming coalitions with others in their position.

Why Tezos Is Winning

Proponents of Tezos argue that its LPoS system creates a more representative democracy, as it’s possible for users to change their vote and support a different validator at any time. In other words, everyone in the Tezos community gets to have their say in how the network operates. If, for example, someone has made a proposal to change the network in some way, each user in favor can choose to back a baker that supports the upgrade, while those not in favor can choose to support a baker that’s voting against the change. In contrast, a voter in a DPoS network would be required to lock up their funds for a minimum of 72 hours.

Tezos has a lower barrier of entry for users too. Because LPoS doesn’t require massive amounts of computer hardware, users can create a new node without any significant investment. To set up a node on Tron, the hardware costs have been estimated at around $40,000. A second option would be to shell out around $4,800 per month to rent the necessary hardware on Amazon Web Services. For Tezos though, all that’s required is a modern laptop and whatever the electricity costs of running that machine are. Because anyone can join in, Tezos has a far more decentralized network than its competitors.

One final benefit of Tezos is its low fees, as opposed to having no fees. While the idea of not paying any fees sounds nice, it’s bad for security. A famous example of this was EOS, which in 2019 fell victim to a distributed denial-of service attack, wherein multiple users were duped into making useless transactions. The attackers did this to sabotage the network, increasing congestion and causing the price of CPU time on the network to increase by more than 100,000% over the four-hour period the attack lasted.

Judging by Tezos’ rising adoption over the last couple of years, it’s clear that its unique network architecture has struck a chord with the crypto community. Tezos has gotten the blend just right, fusing a democratic governance model with strong security, easy accessibility and low fees, making it the ideal blockchain for a growing number of decentralized apps that value the same characteristics.