According to official news, Swarm/Nbzz will complete the final upgrade, bridge and go-live testing within 48 hours to ensure stable operation of the main Swarm/Nbzz network once it goes live, please stay tuned to https://nbzz.zendesk.com/hc/en-us for more information 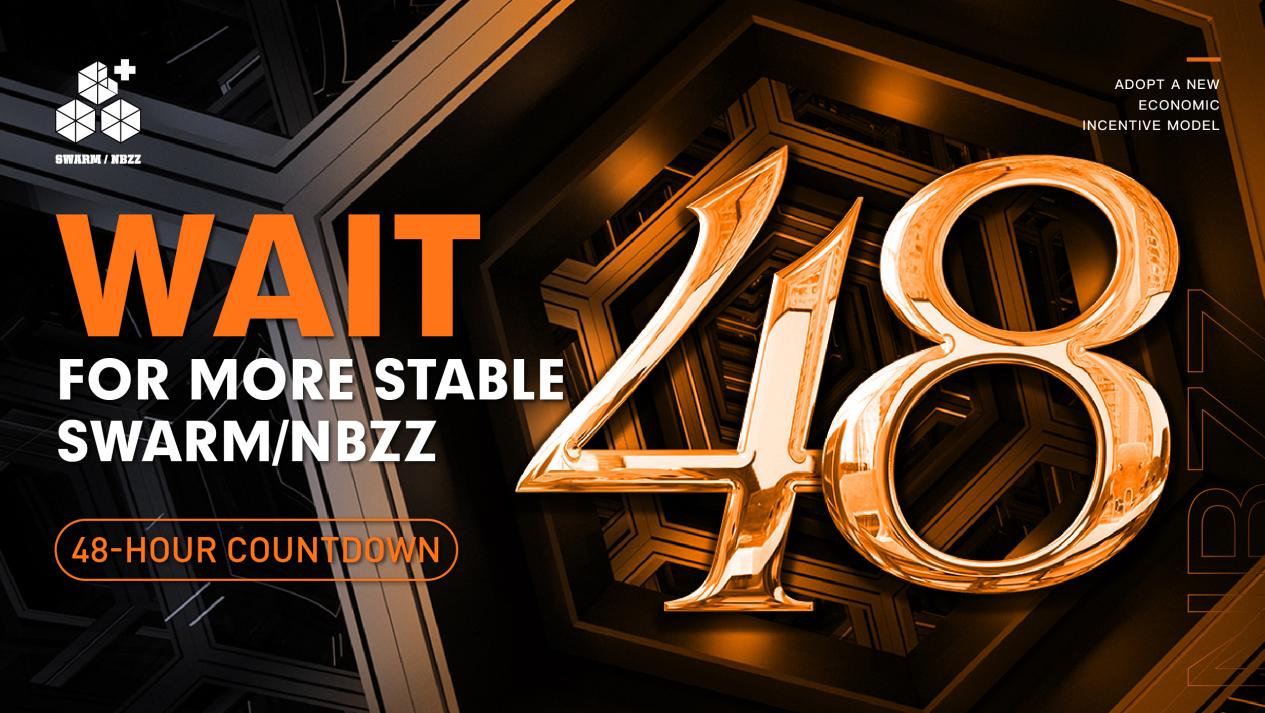 Since Swarm/Nbzz officially announced the end of the third test network on September 15, after the preparation of the first three test nodes, the Swarm/Nbzz network has grown from the initial dozens of nodes to hundreds of thousands of nodes worldwide. At that time, the main network will be online and will attract a large number of node miners to participate, and the era of Swarm/Nbzz mining will come!

Swarm/Nbzz starts from Swarm, independent from Swarm, and perfected from Swarm+, with a more efficient storage experience and a more complete economic model.Swarm/Nbzz implements two features on top of Swarm, adding online hours bonus to the Swarm network in addition to the service supply bonus, so that the project development of Swarm will not be limited by short term distributed storage supply and demand market imbalance, increases Swarm node equity, and fuels the healthy development of the Swarm network.

Also, a new distributed computing cluster network interface belonging to the Swarm/Nbzz plugin has been added, allowing applications to invoke more performance from Swarm nodes within the specification, and setting up additional service provisioning rewards beyond the distributed storage of the Swarm network itself.The Swarm/Nbzz plugin optimizes the computing resources of the Swarm network, increasing its penetration in Web 3.0.

The early goal of Swarm/Nbzz is to build 2,000,000 Swarm/Nbzz powered nodes, maintain more node revenue for the Swarm network, allow Swarm network nodes to provide services online for a long time, and maintain the Swarm base development work smoothly.

In the long term, the vision of Swarm/Nbzz is for the Swarm network to become the most comprehensive distributed computing infrastructure network in coverage. To achieve the goal of a fair data economy, Swarm/Nbzz is to become a global data scalable and self-sustaining infrastructure with a complete distributed storage system that will be a major upgrade to the Web by reshaping the incentive structure of the Web and applications to impact the traditional Big Data business ecology, putting the power in the hands of the user rather than the platform.

Currently, Swarm/Nbzz is able to land quickly with Ether’s existing ecosystem. Swarm/Nbzz is a treasure project to be mined and is a great opportunity for miners. From an international perspective, currently, the world is emphasizing low-carbon environmental protection, which undoubtedly makes the traditional miners face the dilemma of retiring, and thus relatively energy-saving and environmentally friendly mining model, Swarm/Nbzz at this time or become one of the best options for miners to transform.