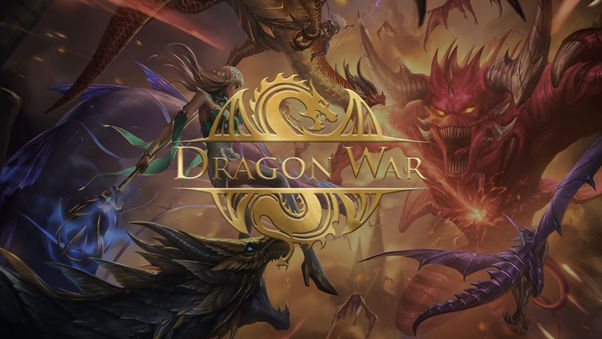 Dragon War, a turn-based strategy game built on the Solana blockchain, has revealed details about its highly-anticipated public sale.

Between March 20 and 23, the project will list its native $DRAW token via three separate launchpads – Solanium, Red Kite and Starpunk. The sale will give investors the opportunity to purchase an asset (sale price: $0.012) that can be used in Dragon War’s gaming ecosystem to purchase NFTs such as heroes and dragons, as well as for staking and governance purposes.

The IDO Whitelist Open Schedule is as follows:

The IDO Sale Schedule, meanwhile, will open with Solanium on March 20 before concluding three days later. On the same day the sale ends on Solanium, March 23, IDOs will simultaneously commence on Red Kite and Starpunk.

“We could not be prouder about reaching this milestone,” says Huy Van, Dragon War’s Execution Lead. “The gaming community that has formed around Dragon War has been hounding us, in the nicest possible way, about a token sale and it’s gratifying to finally answer their wishes. The IDOs are merely the latest step in what is proving to be an incredible journey.”

Although each launchpad has its own format for token sale participation, they generally conform to the accepted procedure: community whitelist followed by token staking then allocation on a first-come, first-served basis. It is recommended that investors keep a close eye on the official announcements from each launchpad ahead of the IDOs.

The $DRAW token distribution details are as follows:

Created by a team of gaming and blockchain veterans, Dragon War is a play-to-earn release that features both PvE and PvP battles as well as an integrated NFT marketplace. Gamers will also be able to participate in yield farming and land sales when the full version is launched later this year.

Dragon War is a blockchain-based strategy game built on the lightning-fast Solana network. Featuring Player vs Environment and Player vs Player modes, the turn-based release is set in the mythical world of Eragard and compels participants to complete quests and trade NFTs with other gamers. Conceived by experts in game development and blockchain technology, Dragon War is backed by over two dozen high-profile VC companies.

You can keep up with Dragon War on the company’s official Twitter, Medium, Fan Page, Telegram, or Discord.