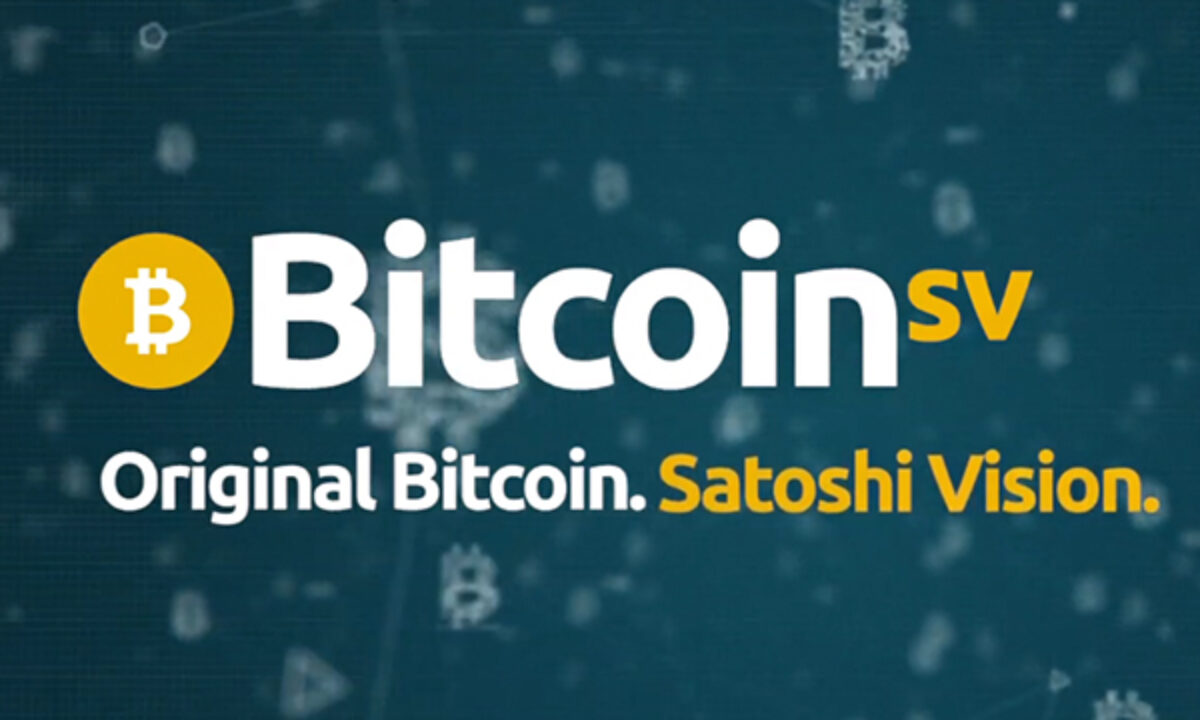 Dubbed to be the “Original Bitcoin,” BSV, or Bitcoin Satoshi Vision skyrockets in the face of a crypto market crash seen in the past 24 hours. BSV is certainly generating a lot of attention from investors as it remains unfazed by the malingering crypto market decline.

BSV shoots to 24% or roughly $55.79 on Tuesday; on the other hand, Bitcoin (BTC) has spiraled down by 11% over the past 24 hours but somewhat diminished in value since Sunday.

A Bitcoin Cash (BCH) hard fork sired the emergence of the Bitcoin SV blockchains and the BSV token, which is referred to as the advanced version of the “Original Bitcoin.” Similar to Bitcoin – but better as the BSV creators claim.

Speed is the ultimate strength of BSV, they say. Bitcoin Satoshi Vision is described to enable incredibly fast and scalable transactions. The Bitcoin SV blockchain and its token continue Satoshi Nakamoto’s vision to keep the transaction fees affordable or low for its users and dreams to revert Bitcoin to its original form.

Even BSV’s whitepaper closely resembles Bitcoin’s. Craig Wright, the founder of BSV, claims to be the Bitcoin creator himself but has not been able to substantiate this humongous claim as of today.

The BSV creators see how the existing BTC protocol is hugely flawed and unreliable in structure. The BSV proponents believe that improving Bitcoin’s block size can immensely ramp up the chain’s scalability.

Launched over four years ago, BSV continues to go sky-high in the wake of the decline in the crypto market. This is said to have been fueled by its listing in Huobi Japan, which will support the token and open more opportunities for BSV in Japan, a wider and increasingly lucrative market. The increased trading interest and support seem to have triggered BSV’s gains.

BSV is currently the 43rd biggest cryptocurrency in market capitalization, beaming at $1.08 billion. However, although the token is soaring, Bitcoin is still more valuable than BSV. Bitcoin has shaved off over 51%, while BSV has lost around 56%.

Suggested Reading | Dogecoin Shed 91% Of Its Value Since 2021 High – A Musk Tweet To Pump DOGE?

BSV appears to have been outperforming other digital assets despite the crypto storm, but Bitcoin isn’t the king for nothing – as it firmly holds its throne.

Can BSV beat Bitcoin on its own game? Well, there is only one king, after all. Bitcoin may be rattled and shaken, yet it remains unassailable to this day.