More Stress For El Salvador As Bitcoin Dips To $29,000

May 20, 2022 about, after, another, around, b, become, best, bitcoin, could, crypto, cryptocurrency, digital, does, domain, economic, entire, fall, financial, first, following, free, get, good, help, home, how, its, javascript, last, leading, market, may, more, new, only, out, play, player, price, public, send, significant, so, some, space, src, strong, these, three, trading, twitter, was, what, who, will, worth, x 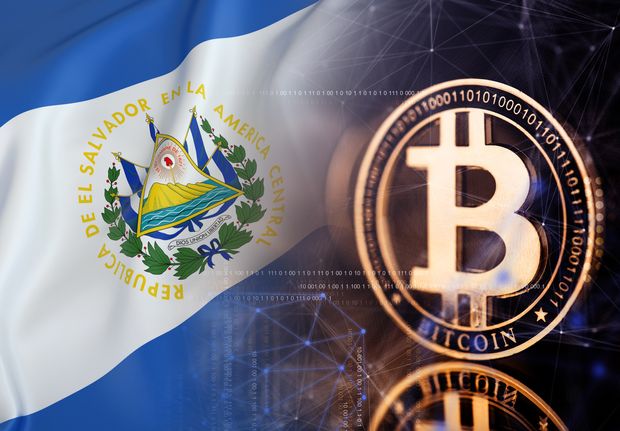 El Salvador has been on the radar of leading financial and economic institutions since it made Bitcoin a legal tender. It has mainly become a spectacle as cryptocurrency supporters and non-supporters alike watch on to see how this plays out. El Salvador which had made good on its bitcoin promise had made multiple BTC purchases at close to the height of the market last year and some this year.

The country now holds at least 2,300 BTC since it made its first purchase in September of 2021. Now that the price of Bitcoin is down significantly since the country had begun buying, how is this playing out for the North American country?

El Salvador And Its Bitcoin

El Salvador had bought another 500 BTC in May after the market had declined to $1.68 trillion. These bitcoins which were purchased at an average price of $30,774 had brought the country’s holdings to 2,301 BTC so far. It would be the lowest price that the country had been able to purchase the digital asset and given that this purchase was only a small part of its larger holdings, the country still remains in loss from its multiple purchases.

The first time El Salvador had bought some BTC in September, it had been trading above $44,000. What this means is that the digital asset is down about 45% since then. Its entire stash is now worth about $70 million at present prices. So even with the dollar cost averaging method that has seen the country buy BTC at different prices, it is still down 28% from its total purchase value.

The move to accept BTC has not only proved controversial on just the bitcoin price side, but it has also affected the country’s ability to receive international aid in the form of loans.

Last year, it was made public that the country had been looking to secure $1.3 billion from the IMF. However, this does not seem likely to happen given that the IMF has expressed its disdain for the adoption of bitcoin as a legal tender.

It has advised the country to remove the digital asset as an official national currency, citing that this could cause problems for the economy in the long-term, revealing that the current account deficit for El Salvador’s remittance and the external financing-reliant economy is estimated to drift around $2 billion for the next three years. But President Nayib Bukele has turned a deaf ear to this.

El Salvador is a country that is heavily reliant on remittances from citizens abroad who send money home to loved ones. For this reason, the president has said that BTC will greatly help make these remittances easier and cheaper for its residents.

On the price side, the president is not much bothered by the recent decline either. He has said in the past that he expects the price of the digital asset to reach $100,000 sometime in 2022. If this happens, then the country will be in significant profit from its BTC holdings.