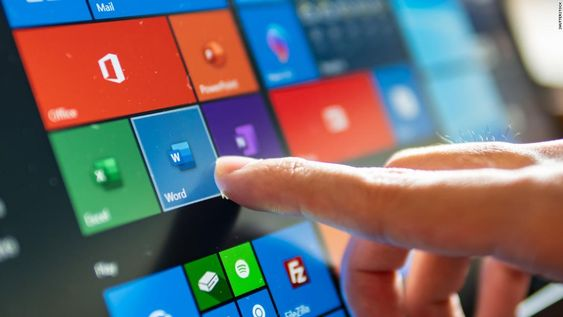 On May 13, 2019, Microsoft officially announced that it will be the first large-scale technology company to launch a decentralized infrastructure directly built on the blockchain, and published an open source project called Ion, which will target how users in the network The basic identity mechanism for mutual communication is developed.

According to Microsoft, they use the blockchain (www.macblock.io) and distributed ledger to provide secure and encrypted storage of identities and personal data in Identity Hubs, but the system they have built has been difficult to achieve. Enough to carry the efficiency of the global system, and after completing the development of Ion’s network protocol, this will no longer be a bottleneck.

How does the Microsoft DID system work?

The Microsoft DID system is like the private key when a node signs a transaction to the Bitcoin network. The user uses the private key to prove the ownership of the identity and data. Each ION node on the network will be responsible for tracking these DIDs and time stamping them on the Bitcoin blockchain for reference and verification.

To create an ID, users can pack the public key into a DID creation document on the ION network, use their private key to sign this input and send it to a node on the network. Then, the ION node archives metadata (without access to the data itself) as a DID document for other nodes to access.

In order to set the ownership of the DID, the node packs the reference hash value of all DIDs it receives into the OP_RETURN transaction, and anchors it to the Bitcoin blockchain.

In fact, the head of the Microsoft blockchain engineering team, Yorke Rhodes (Rhodes), said in an interview: The Microsoft team has developed key signature and verification software for one year, which is built on a public network, such as Bitcoin or Ethereum, but the throughput of its system surpasses the underlying chain. As a small gear in the entire system, DID will have a very far-reaching impact.

After DID becomes the infrastructure of the Internet, if it is associated with smart contracts and supports cross-chain applications, users can easily use a decentralized network to connect to a shared car in the same city, and shared drivers can also view the DID credit information of the order Decide whether to take orders. After that, all settlements are carried out automatically, and there is no need for a centralized organization to coordinate in the middle. Since the blockchain cannot be tampered with, it naturally forms the user’s credit record.

Yorke Rhodes (Rhodes), as the person in charge of Microsoft’s DID decentralized system, has an important leadership role in the Microsoft DID development team. When talking about the future development of DID, he said that cross-chain and DID will become a hot topic in the next generation of blockchain technology, and DID will be an important beginning to promote the transformation of the Internet of Information to the Internet of Value. As mentioned in the Microsoft DID white paper, the future of DID decentralized digital identity is here.