Intel ‘s ASIC Bitcoin Miner Will Cost Half, Be 15% More Effective Than Most S19s 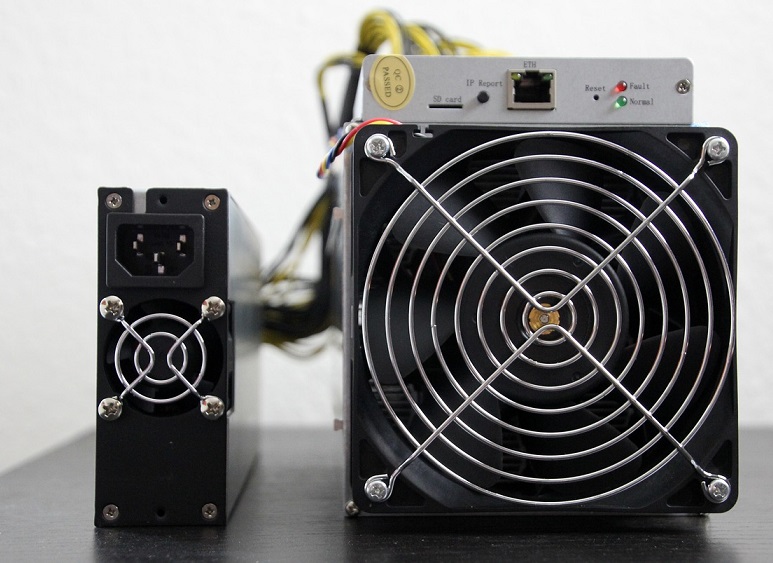 Will the Intel ASIC disrupt the Bitcoin mining game? If Tom’s Hardware numbers are correct, the answer is an unequivocally yes. “The company’s mining hardware could have the best price-to-performance ratio on the market,” says Tom. However, there’s no guarantee that the prices that Intel gave to mining company GRIID will be the same as a general consumer will get.

In fact, there’s no guarantee that GRIID is talking about the Intel Bonanza Mine in the SEC documents that this report follows. “A recent SEC filing by one of Intel’s premier partners has revealed both the pricing and performance of Intel’s second-gen Bonanza Mine (BMZ2) Bitcoin miners.” A couple of weeks ago, NewsBTC reported on Intel’s first batch of clients:

“We can’t prove it, but, all of these companies probably knew years ago about Intel’s plans to release a bitcoin mining chip. Again, Raja Koduri:

“Our blockchain accelerator will ship later this year. We are engaged directly with customers that share our sustainability goals. Argo Blockchain, BLOCK (formerly known as Square) and GRIID Infrastructure are among our first customers for this upcoming product.”

And in the SEC filing, GRIID talks about a “Distinguishing Supply Agreement With Leading U.S. Based Chip Designer.” Who else could they be talking about, considering that both Bitmain and MicroBT are China-based? It has to be Intel, right?

What Does The SEC Filling Reveal About The Intel Bonanza Mine?

When the world first heard about Intel’s ASIC ambitions, the company cleverly described the machines as “ultra-low-voltage energy-efficient.” How efficient will they actually be? Tom’s hardware answers:

“According to the listing, BMZ2’s performance weighs in at 135 TH/s with 26 J/THs of efficiency. Additionally, the miner is roughly half the cost of a competing Bitmain S19 Pro while being 15% more efficient, rivaling the best hardware on the market from competing companies.”

That puts it at the top of the food chain in terms of power; “second only to Bitmain’s S19j XP system,” and that’s “by a small margin.” However, Intel’s ASIC is also 15% more efficient. “Peak performance for the BMZ2 system weighs in at a competitive 135 TH/s. A bit of basic math reveals the system runs at approximately 3510W.” Perfect, But, How Expensive Will It Be?

When it comes to pricing, that’s where Intel’s new machines shine. Since they will presumably be manufactured in the U.S.A., Intel won’t have to deal with “the 25% tariffs for products that originate in China and are exposed to the volatility associated with a longer supply chain.” So, the company’s positioned to win in the west.

Ok, but, how much will the ASICs actually cost? Tom’s Hardware again:

“GRIID says the new Intel mining systems cost $5,625 per miner. Given that GRIID has guaranteed access to 25% of Intel’s production capacity, we expect the company to benefit from volume pricing. In either case, that’s roughly half the price of the $10,455 Bitmain S19j Pro, but it’s noteworthy that pricing for the S19j Pro can fluctuate wildly.”

Will the general consumer get the same price as GRIID? Probably not. But the number seems promising. And their clients won’t have to wait for their ASICs to arrive from China.

“Intel is about to bring forward a blockchain chip that’s dramatically better. That is orders of magnitude better in terms of power performance. So, we’re helping solve the climate issue.”

Are these specs enough to solve climate change? Is a 15% efficiency going to stop global warming? Probably not. It’s a massive improvement, but, maybe Gelsinger shouldn’t have made such a big promise.

In the quoted SEC filing, GRIID lists the company’s competitive advantages. One of those is, “Chip supply agreement with U.S. Fortune 50 company ensures unrivaled mining hardware access.” Chances are that the deal GRIID made with Intel is going to increase in importance as time goes by. If the machines are as good as the specs suggest, that is.