How is Blockchain Giving True Asset Ownership to its Players?

Mar 22, 2022 around, become, blockchain, call, community, core, could, creation, dao, development, digital, domain, empower, exchange, free, game, games, get, getting, how, industry, issues, its, javascript, many, market, model, more, most, new, only, platform, play, player, project, redefining, revenue, so, sold, some, src, these, through, times, trading, understand, unique, up, virtual, what, when, who, world 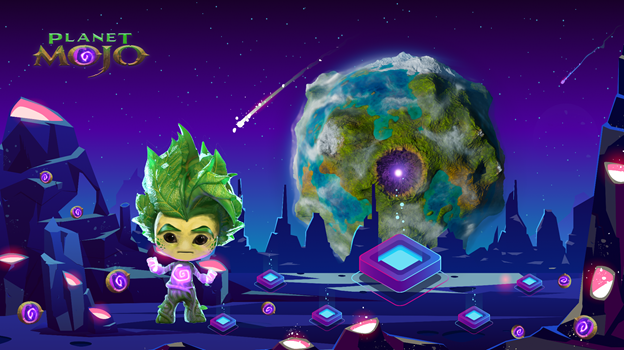 Video gamers have always loved user-generated content (UGC) and its art of self-expression. Although UGC has been around in video games for decades, it hasn’t always been as welcomed as it is in today’s market. Some of the early forms of UGC were ‘Mods,’ which were in-game changes of an existing video game created by players and typically disseminated through more under-the-radar channels like third-party forums.

Currently, UGC-based games and platforms have evolved into being the world’s most popular digital products, ranging from games like Fortnite and Minecraft (both of which have implemented UGC-based techniques) to platforms like Minecraft which is one of the largest industry leaders with a UGC-centric business model with over 200 million copies sold to date.

All of this phenomenal growth demonstrates that people want to purchase, trade, and exchange game items aggressively, as seen by Fortnite and Call of Duty’s billion-dollar sales. However, developers have not been able to serve their needs efficiently as a result of the centralized approach by companies. And, new technologies like blockchain are helping to decentralize and fairly monetize the gaming industry by benefiting both developers and gamers.

Traditional games essentially license digital assets to players and its free-to-play game economies are unidirectional where players buy virtual goods that can only be used within the game, according to the developer’s rules, which in all but a few cases places restrictions on how they can be held, used, and transferred. Even digital asset buying, transferring rules, ownership, trading and usage is only as flexible as the developer allows them to be. Moreover, games that have marketplace trading allow digital assets to be traded only through platform credits, limiting the potential.

However, a blockchain game economy enables true ownership of digital goods since it is an asset whose relationship to its owner is inscribed onto the blockchain. Property rights are conferred when gamers and developers have genuine ownership of assets. The unique characteristics of blockchain technology can aid in the grant and enforcement of property rights, as well as the creation of a trustless system.

The presence of “whales” in traditional gaming has been a long-standing aspect of the industry. A lot of times, these “whales” end up contributing towards purchases of all digital assets. According to new Swrve research, 0.15% of mobile gamers contribute 50% of mobile gaming income. This has forced developers to keep creating new content, as a result of which, “free-to-play” has become “play to win”. And, people or players who can manage to spend money on in-game assets are doing so while others don’t, which is causing the design problem.

However, blockchain gaming projects are solving this challenge with their play-to-earn approach. Even games like Planet Mojo are largely contributing to solving the design issues in the traditional gaming landscape. Planet Mojo is enabling digital property rights through its NFTs which can be used in-game, instead of purchasing player upgrades for PVP. Players can also earn and resell these NFTs, allowing them to make more revenue. Moreover, it is enabling a DAO system that allows developers to identify what players and members want, allowing them to align the development of the project with the community needs.

A Win-Win for Both Developers and Players

This new paradigm of blockchain-based gaming is setting things right in an industry that has mostly always favored developers and gaming companies. With blockchain gaming, the ecosystem becomes more equitable for all people, from developers of the game to the game players.

Moreover, with blockchain enabling true ownership of in-game items, developers can empower players and incentivize sustainable game economy growth without losing control over game operations. And, doing so requires them to understand the different ways in which digital assets can be created and the ways they can shape gameplay and game economies and interact with one another.