Along with the booming Getaverse node sales in October 2022, Getaverse has sold 3000+ nodes so far, making it one of the most popular Web3 projects in the second half of this year. Last week Getaverse officially announced the test network will be launched soon, all users who purchase Getaverse nodes can not only participate in the test network mining, get $wGETA tokens, but also get the IDO whitelist qualification.

Getaverse is a blockchain credit system developed and deployed on several public chains. It aims to create an ecological metaverse service platform based on the Web3 protocol for digital authentication systems. With the development of Web3 and the metaverse, a credit system based on DID digital identity will become the most important trusted traffic portal in the virtual world. Getaverse’s vision is to become the largest trusted traffic platform based on the DID credit system in the Web3 world, empowering the full ecological application of Web3 innovative products.

After registering with Getaverse, users will receive a DID identity, which they can use to build their own credit system and participate in the ecological application, construction and management of the platform. Users can improve their comprehensive credit score by participating in activities such as owning assets, staking mining, governance voting, etc. Innovative Web3 projects can be accessed through Getaverse’s open API interface, including DEX, NFT, Defi, Gamefi, Socialfi and other ecological applications. Getaverse is building a trusted traffic platform based on the DID reputation system to help Web 3.0 project products better apply to the ground and build a truly decentralized society that allows users to own their identities, emphasizes digital content property rights, and protects the value of user data.

Benefits of the Getaverse node

After the official launch of Getaverse system, the node owners will receive GETA tokens a reward for running the Getaverse eco-node validation.

55% of the total amount of GETA tokens (2.75 billion) will be awarded to Getaverse node operators, and the tokens will not be destroyed, and the node production will be halved every year until it is finished.

Getaverse node owners can participate in the Getaverse testnet in advance. And they can get $wGETA testnet tokens which can be converted to $GETA tokens for the Getaverse mainnet at a certain percentage later.

The earlier users buy nodes to participate, the more GETA tokens they get. As the number of nodes increases, the amount of GETA tokens produced per node will also decrease by a certain percentage.

How to participate the Getaverse node

Getaverse nodes are currently invite-only. You can join the official community (like Telegram and Discord) to consult with community mods to get an invitation. 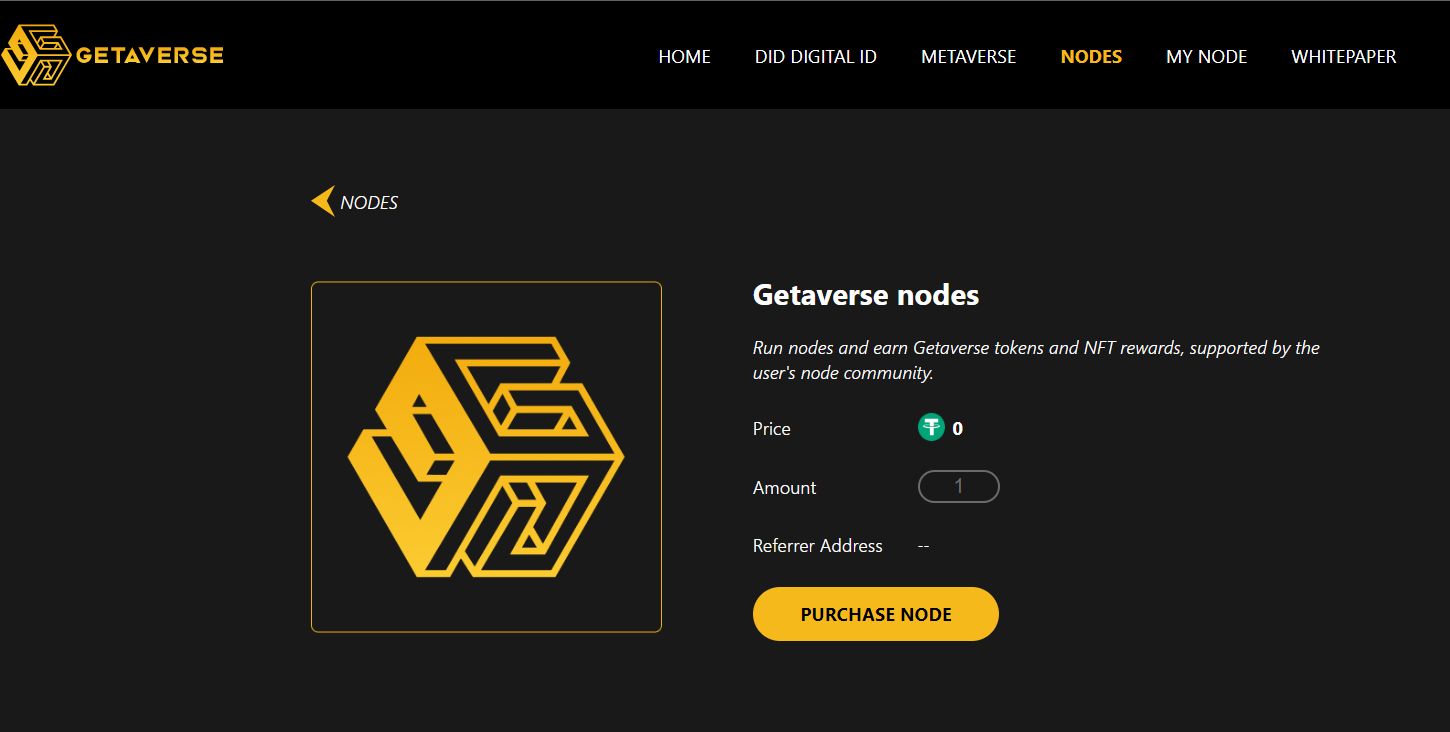 Ethereum Gold mainnet version 1.0 is expected to be released in February