Despite Rocky Beginnings with Hoskinson, Cardano Is Shaping Up to Have an Interesting Year 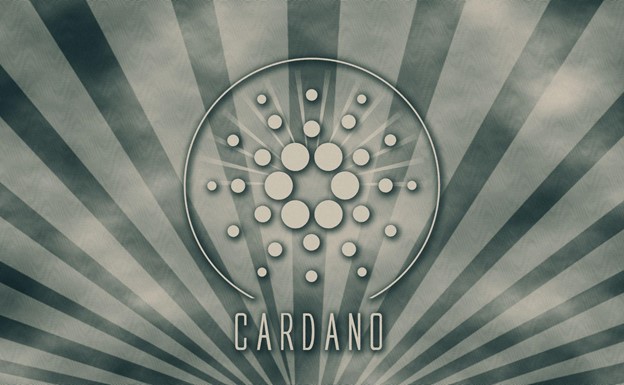 The Cardano blockchain ecosystem is one of the most exciting projects to currently follow, with new projects, advancements, and innovations being announced every single day. Yet, not everything that’s connected to this product is falling into a favorable light in the media. In fact, it has recently become apparent that those in-charge of Cardano might not be as honest as the public once thought.

Charles Hoskinson, the creator and CEO of Cardano, has repeatedly tweeted about how he was enrolled in a Ph.D. program in Number Theory, but never finished it. However, crypto-journalist Laura Shin has recently brought to light, through interviews with Hoskinson’s undergraduate school and supposed Ph.D. program, that this isn’t actually the case.

Hoskinson has never been involved in this Ph.D. program, with the university having no record of him. Equally disquieting is that it appears that Hoskinson never actually finished his undergraduate degree, further calling into question why he would lie about pursuing a Ph.D. program without actually progressing through a basic level of college.

While Hoskinson has taken to Twitter to defend himself, after Laura Shin produced print screens of Hoskinson’s tweets where he explicitly stated that he attended a Ph.D. program, he has gone radio silent on this issue. It appears that the Cardano CEO is quickly trying to change the tides of conversation and have people forget about his public discrepancies.

This once again calls into question the efficiency of having public personalities at the forefront of a brand. While Hoskinson is currently under fire, the project he represents, Cardano, is actually entering a particular period of growth. In this article, we’ll be moving past the news around Hoskinson and looking directly at the Cardano project itself.

Despite the recent debate around the founder’s credentials – or lack thereof – Cardano is still shaping up to have a particularly interesting year. Here are a few things to look out for over the coming months.

Cardano as a Primary Layer One Ecosystem

Throughout late 2021 and early 2022, Cardano (created by the co-founder of Ethereum) has begun to take shape. From transitioning exciting projects that were on Ethereum over to Cardano and building in scalability, Cardano seeks to do what Ethereum does, but more effectively.

Speaking directly to this second point, Cardano actually has scalability solutions built into its layer one framework. While the Ethereum network can achieve scalability through layer two scaling solutions, Cardano has these solutions readily made in their own infrastructure.

This scalability within Cardano is known as Hydra, a system that will allow this blockchain to continually process high-throughput transactions on-chain. Considering that one of the core problems that Ethereum faces is its high transaction fees due to low transactions per second, this ability effectively positions Cardano to grow faster and more effectively than Ethereum has.

As Cardano continues to grow, this effective scalability solution to layer one blockchain ensures that it has everything it needs to break through walls that previous projects have encountered and thoroughly cement itself as a leading blockchain system.

Another factor that makes this such an exciting year for Cardano is that now the blockchain has everything it needs in place, a range of dApps, marketplaces, DEXs, and projects are being launched. Currently, there are over 500 projects on the Cardano network, touching upon everything from NFT databases to decentralized exchanges and showcasing the diversity of what can be created within this system.

These new applications are the driving force of any blockchain, with the integrated dApps providing further utility for the blockchain itself. These exciting launches even span into decentralized stable-asset liquidity pools, allowing users to get more out of their own cryptocurrency.

Ardana, an on-chain, asset-backed stable coin protocol, is native to Cardano, facilitating the borrowing, lending, and staking of cryptocurrency within this blockchain. These exciting projects are also gaining media attention, with great ideas like these bringing further attention to the Cardano ecosystem. Ardana recently received $10 million in investments, demonstrating the extent to which people are moving to put capital into Cardano-linked systems.

These projects go beyond just financial functions, with Empowa being one of the most looked at projects on Cardano. This project uses DeFi to make an active difference in the world, having the potential to provide housing for 50 million people in Africa.

This project has boosted the visibility and scope of Cardano, with Empowa using cryptocurrency to develop within the third world. With sites like Yahoo Finance, CoinBureau, and Forbes all commenting on this Cardano-based project, it’s no wonder that more people are hearing about this ecosystem and starting to invest.

With projects like these meeting social, economic, and financial areas of expansion for Cardano, it’s no wonder that people are flocking to this layer one ecosystem in droves.

Another core aspect that Cardano has prioritized over recent months that will make an impact down the line is its embrace of security measures and features. While one of their main rivals, Solana, has recently experienced a range of hacks, Cardano’s focus on safety has kept them protected at all times.

Security projects have been founded that are now taking shape within the Cardano ecosystem. For example, the user-data project Profila allows individuals to control their data, selling it directly to brands instead of their personal data being taken from them and sold. This project has garnered so much attention that even the Swiss government is now a sponsor of the project.

Profila is a promising project, using Cardano to create a Zero Knowledge Token (ZKT) that users can earn from sharing their data. As users can actively respond to questions and share that data with marketing managers, the brands that partner with this platform gets a richer pool of information. This innovative system completely secures user data, putting the power back into the hands of the individual.

Considering Web 3.0 is all over the media right now, a movement that prioritizes user-power and taking back agency from the middlemen services of Web 2.0, it’s no wonder that a project of Profila’s scope has gained so much attention.

America is far from being a stable place financially right now. From gas prices that are nearing all-time highs to an interest rate that is reaching nearly 8% in early 2022, Americans are losing more money than ever.

With this economic context considered, people are rushing to find fast solutions to turn the tides against inflation. Due to this, cryptocurrency staking has become more popular than ever. Crypto staking is where users put their money into a liquidity pool of a Proof of Stake protocol and receive interest on their crypto, with rates depending on the amount of time they leave it for.

Cardano, being a Proof of Stake protocol, is perfectly structured to accept people who want to stake their cryptocurrency. ADA is a perfect cryptocurrency to do this with, offering high-interest rates for short periods of time. For example, users offer a certain amount of cryptocurrency and can then expect to get rewards around 5% APY on a 15 day period.

Considering that Cardano has a great security system in place, the crypto deposited into these staking pools is completely safe, making this a great choice for people looking to overcome the high American inflation rates.

From heavy emphasis placed on security to a range of exciting projects being announced all the time, Cardano has a very productive year ahead of it. As inflation rates rise, Cardano is becoming a favorite of those looking for staking solutions, further demonstrating why Ardana has received such interest in recent months.

While the founder of Cardano certainly isn’t having the best start to the year, the layer one blockchain itself is shaping up to have a record 2022. As we continually progress into this year, we should be looking out for how this ecosystem continues to develop.