Mar 2, 2022 about, after, announced, b, between, bitcoin, break, breaks, coin, could, crypto, day, digital, domain, economic, elon, financial, free, get, its, last, making, many, markets, most, new, news, only, other, out, play, player, price, reached, significant, spikes, src, take, tesla, through, trading, up, use, was, wealth, when, who, will, world 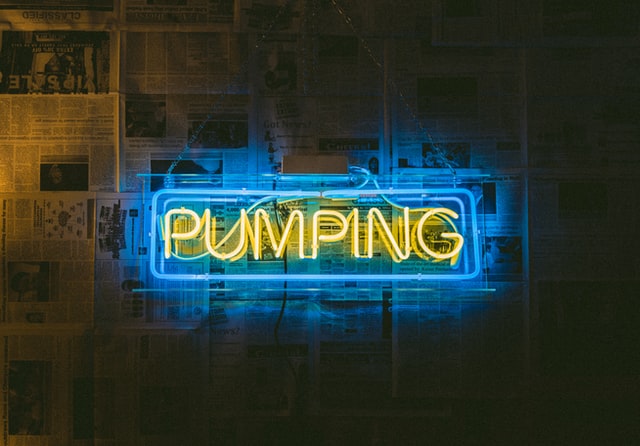 Bitcoin recorded its largest single-day pump in a year as the Russian ruble tanked 20% in its value against the dollar amidst worldwide economic sanctions imposed in the country after their attack on Ukraine.

The most influential countries in the world have imposed penalties on Russia aiming for its economic collapse to stop Putin’s efforts to invade Ukraine. However, it is not only politicians who are threatened by penalties but common citizens.

State Duma deputy from the Communist Party Nikolai Arefiev commented to a local news portal that savings of Russians could be confiscated by the Russian government:

“If all funds that are abroad are blocked, then the government will have no other choice but to seize all the deposits of the population – there are about 60 trillion rubles – in order to get out of the situation.”

Both Russians and Ukrainians have recorded enormous increases in crypto trading volume as they run to use it as a safe haven for their savings and wealth and a financial tool that allows them to take their money abroad or avoid sanctions.

Similarly, bitcoin also became a valuable tool to send donations to Ukrainian efforts. The cryptocurrencies that have recorded the highest trading volumes in the countries have been bitcoin and tether.

Bitcoin’s original narrative seems to be winning amongst the people who need it and so, its price has increased while recording other historical marks.

As per Arcane Research data, the bitcoin price increased 14.5% on Monday, its largest pump since February 8th, 2021, when the crypto coin reacted positively being shot up to an ATH after Elon Musk announced Tesla had bought $1.5 billion in bitcoin.

Furthermore, data shows that the digital coin was back at providing better returns after a rough month. Bitcoin’s 7-day volatility increased to 5.4%, its highest mark since June 2021. Arcane Research notes this proves that the digital coin “behaves opposite of the rest of the financial markets concerning volatility, as upwards price movements often cause the most significant volatility spikes.”

Similarly, many were already used to the possible correlation between bitcoin and tech stocks, but that correlation has decoupled as bitcoin price increased 5% during the past day while equity stocks closed at lower prices. Bitcoin use case as a store of value might be making a return to the markets.

Before Monday’s big pump, bitcoin trading volume reached over $10 billion last Thursday as a reaction to Russia’s attack on Ukraine. This is the highest level reached since December 4th.

Arcane data further noted that the digital coin has returned to its $40-44k trading range and the resistance level of $44,000, found during early February’s rally, is an important mark since the coin has yet to convincingly break through that resistance.

Data suggests that if BTC breaks through $44k again, then “$47,000 is the next resistance area to pay attention to.”

Meanwhile, bitcoin was slightly up in the last 24 hours. At the time of writing the digital coin’s price is $43,894.